The sun is just beginning to rise over the Yom River when it starts: the distant thrum of drumbeats and symbols, marked by the staccato sound of fireworks let off in a spray. I am sitting in the open-air restaurant at my hostel and the excitement starts to build. People from the kitchen begin coming to the street, peering over the concrete levy that separates our tiny soi from the river, to catch a glimpse of the excitement on the main drag. I look too but see nothing and the next thing I know I am moving toward the sounds, pajama-clad, a cup of coffee in hand.

And then, there it is — the parade. Girls on floats, dressed in red silk, hold a fan in each hand, fluttering them just-so to frame the face. Boys, costumed and face-painted, hold small toy weapons and move to the tempo of whistle-blows from their conductor, a boy of no more than ten. I am standing on the bridge, its lampposts each adorned with three elephant heads at the base. Behind me, two men float on a flat wooden fishing boat, untangling their net. They cast it into the stream of sunlight that saturates the Yom.

When I look back, two giant dragons have rounded the corner. Made of cloth, faces the brightest of gold, they are held 15, 20 feet high by dozens of boys with poles. By moving in unison, a simple game of follow the leader, they make the dragons dance and fly up the street. They cross over each other, giving the distinct impression of waves, the three dimensional dragon transformed into an angry sea.

Around the festivities motors rush, motorcycles and food carts, cars and tuk-tuks all with someplace to be. It is Sunday morning. The sun is just beginning to rise over the Yom River and the city of Sukhothai is thrumming, bursting, alive. 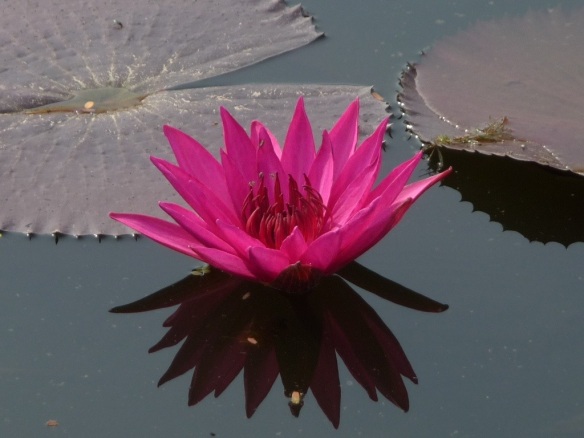 Its been a week, scratch that nine days, since we arrived in Thailand. It feels like time is both flying and standing completely still. Yesterday found us traversing the Central Plains in a first class air-con bus, the soundtrack to a thai-dubbed Death Race 3: Inferno blasting from the speakers, barreling toward the town of Sukhothai.

New Sukhothai could be any other small town, except for its fortunate proximity to Old Sukhothai, which had a stint as the country’s capital during the 13th and 14th centuries. The ruins of its shrines and temples still stand, surrounded by the world’s tiniest moat. At one point it must have been filled with the world’s most ferocious alligators.

These are some of the beautiful inhabitants of Old Sukhothai: 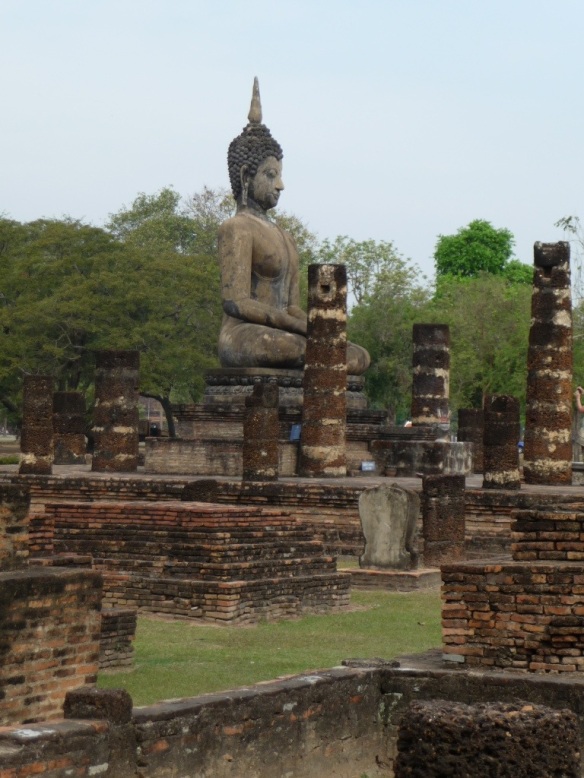 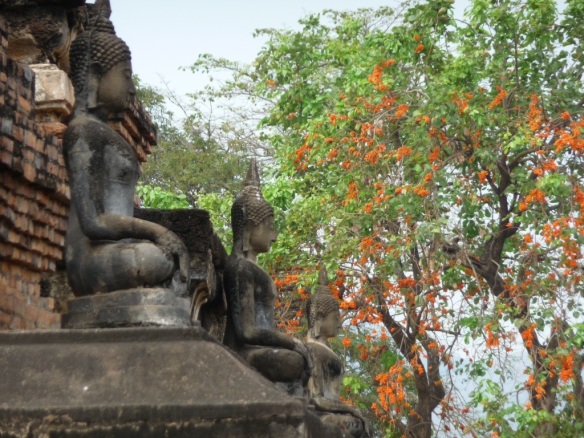 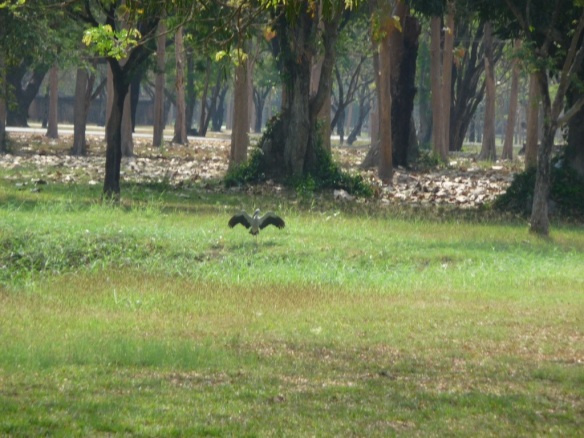